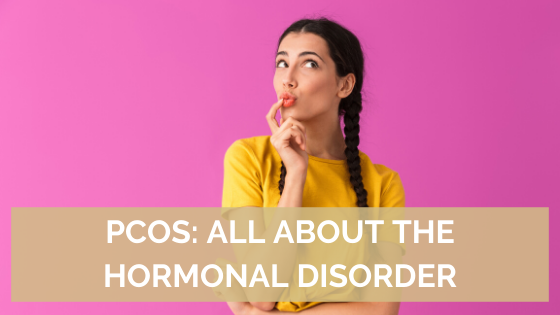 What is PCOS? And what causes it?

Polycystic Ovarian Syndrome, AKA PCOS, is a hormonal disorder that affects an estimated 5-6 million women in the United States. This condition, which most commonly affects women of reproductive age, is often under-diagnosed. Awareness for this physically and emotionally distressing condition is lacking.

“Poly” means many, and “cystic” refers to the cysts that are commonly found on the ovaries of women with PCOS. However, contrary to the name, a woman does not have to have cysts on her ovaries to be diagnosed with PCOS.

The exact cause of PCOS is unclear, but genetics are thought to play a part. A family history of the condition increases your chances of getting it. As with many chronic conditions, however, genetics don’t act alone.  Environmental factors, such as exposure to toxins, socioeconomic status, diet and nutrition, can also play a huge role in development of PCOS.

What are the symptoms of PCOS?

Some common symptoms of PCOS include:

What’s the deal with insulin?

The hormonal imbalances associated with PCOS also affect how the body handles sugar. Insulin resistance plays a prominent role in PCOS and is the root cause of many symptoms. Insulin is a vital hormone in the human body, responsible for maintaining steady blood sugar levels. Therefore, when a person is “insulin resistant,” it means their body’s cells don’t respond to insulin’s action. This causes a cascade of problems, including excessively high blood sugar levels. The body then responds to this problem by producing more insulin to counteract the issue and try to normalize the blood sugar levels.

Insulin regulates blood sugar levels by transferring glucose from the blood to cells for immediate energy, or to the liver for storage. However, excess amounts of this insulin can cause problems. First, excess insulin production promotes fast storage. It’s also associated with excess production of male hormones. Consistently high insulin levels stimulate the ovaries to produce more testosterone, causing a cascade of problems associated with PCOS.

Another issue with excess insulin? It can increase sugar cravings. Some women with PCOS will only finish eating only to find that they are craving sugary foods again. Excess added sugar consumption can wreak havoc on hormone levels, further complicating PCOS symptoms.

How is PCOS treated?

While there is no cure for PCOS, it is possible to treat symptoms. Lifestyle changes are the most common approach to treating PCOS symptoms. It’s important to eat a healthy diet and exercise regularly, which help reduce insulin resistance.

Below is an example of how a healthy PCOS plate should look, including ideas for foods to include. 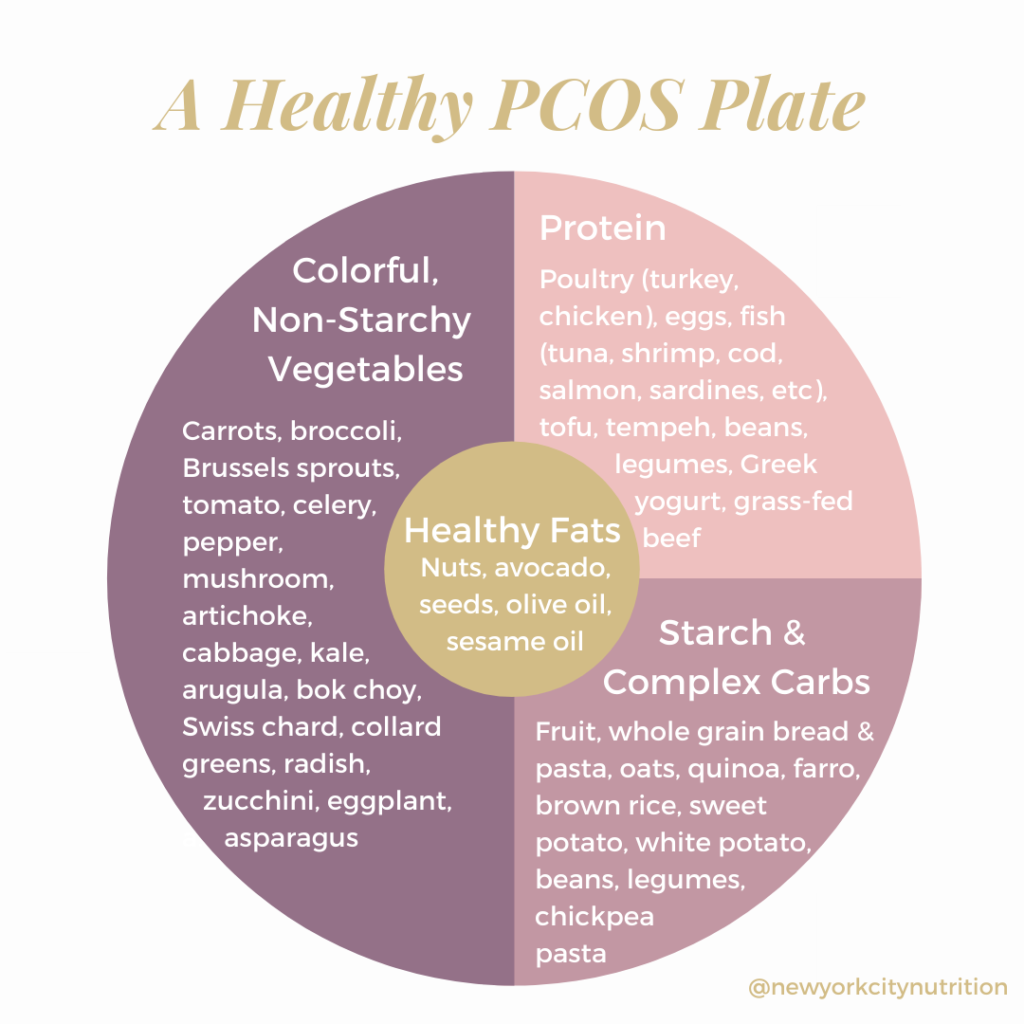 Follow us on Instagram @newyorkcitynutrition for more tips on managing your PCOS, and reach out to a PCOS-literate dietitian if you’re struggling with managing your symptoms.

We approach nutrition from an individualized, holistic and functional perspective. We are committed to helping our clients discover a more flexible approach that promotes a healthy balance of food and body.